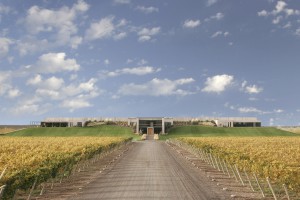 Bodega Malma was born as part of a new wine making project development in San Patricio del Chañar, Province of Neuquén. This is a region that comes out of the wine making map and stands out for its high quality wines. Bodega Malma launched its wines into the market in 2004 and since that time it has been exporting its products to the world.

Bodega Malma is owned by Viola and Eurnekian families, who acquired this winery in 2009 to continue developing the Patagonian wine making region and become established in the top quality wine business at a global level.

Together with Enologist Sergio Pomar and Consulting Enologist Roberto de la Mota, we have outlined a product portfolio and are researching on the potential of every micro terroir for different varieties.

In Mapuches language, ‘Malma’ means ‘pride’. The name “Finca La Papay” was given to the first generation of the Malma wines in honor of a visionary woman who, early in the 20th century, chose Patagonia as her promised land to fulfill her dreams of family and prosperity.

Malma Reserva de Familia, is a more complex wine that looks for the excellence of the vineyards to achieve a balanced product of high enological quality. The label shows a drawing of the winery made by Lucas Nemesio

Malma Universo, premium wine of NQN, has a unique label. It carries the stars of the patagonic sky which were considered gods by the mapuche people.

Malma Cuvee Extra Brut is produced using the traditional method Champenoise, made of Pinot Noir (70%) and Chardonnay (30%), with production of 20.000 bottles.

View all posts by teamhispa